Missy, my precious pup of 13 years brought a lot of joy and laughter to myself and the family.

What I didn’t realize was that the way in which Missy passed over the rainbow bridge, would teach me some really hard lessons about time management.

This post is about the BIGGEST time management mistake I ever made.

When being busy is a lifestyle

September – an unusually busy month.  Besides being busy with a family, activities, appointments and everything that comes with being mom to 2 kids aged 4 and 7, I also run a very busy online shop here at Time Saving Templates, where I sell excel spreadsheet templates in several main areas – rental property management, small business and HR/compensation.  I’m very thankful that each year my business has grown more and more.

The kids had gone back to school and we were getting used to a new routine and schedule.  Well, it appeared that I was keeping up and doing well, by all measures.

Then, the unthinkable and somewhat unexpected happened

I woke up on Sunday, 9/30 and went to let Missy out of the laundry room where she slept.  Instead I found my lifeless dog – a terribly sad site.

I was in complete shock to find Missy this way… many thoughts raced through my mind – how could she have passed so quickly?  She was completely fine on Friday.  Then on Saturday, she did have some symptoms and threw up a few times, however she was still walking fine, and she would get tummy troubles every once in a while.  I thought that was just part of her disease – she had been diagnosed with Addison’s disease several years ago. After being diagnosed a few years ago, the treatments consisted of a monthly zycortal shot and a daily pill of prednisone.

The family had eaten chocolate cake on Friday night, but I never saw anyone drop the cake or Missy eating cake off the floor.  I was convinced though, that the only way she could have passed this quickly was from poisoning, and I racked my brain trying to remember how this could have happened.

After a few days, I called my vet to see if they could offer some insight.  I guess I was looking to place blame on something… but instead I got a message that hit me like a ton of bricks – I had completely dropped the ball and forgotten to schedule Missy’s shot.  I couldn’t believe it at first, because I was certain I was just at the Vet recently.  Thumbing through my calendar, I found that the Vet was right, she was 3 days overdue on her shot.  While I thought I had just been there – I was, but just to pick up her pills, not for the shot.

I couldn’t believe that being 3 days late for a shot and just 1 day of symptoms could spiral her so quickly to death.  The Vet explained that once the dog reaches a certain threshold, they can go into what is called an ‘Addesonial crisis’.  Which can quickly escalate to a life-threatening situation within hours.   It was unfortunate that she became the ill-est overnight, when I was asleep and couldn’t hear her.  Regardless of the few circumstances that were outside of my control, I had still completely forgotten about her monthly shot…how could I have forgotten or miscalculated when her shot was due- I just couldn’t believe it.

You’re probably wondering what does this have to do with time management?

Looking back, I thought a lot about the entire month of September and what had caused me to forget something like this – I was overwhelmed, I had that feeling of – if I can just finish these projects on my to-do list, then I’ll be able to breath and focus again on other priorities.

Maybe you can relate to that feeling of too many tasks on your plate?  This experience has been a wake-up call.  I knew I was under a lot of stress that month, but I also didn’t know how or what to delegate.  It can be hard to know how much stress is too much, because things usually build up gradually over time.

It wasn’t just 1 thing that happened in September, but rather the gradual building up of responsibilities over time, that continue to put more and more pressure on.  I kept adjusting myself, waking up earlier and earlier, to meet the increasing demands, but now I realized that instead of doing that I need to make some major changes.

So here is a round up of some time management strategies gone wrong and lessons learned:

Being able to laser focus on 1 project or task, while blocking out all distractions, is a great skill to knocking out your goals.  But this can/should only be sustained for short periods of time.

There has to be time built in to relax and not be laser focused on anything.  Focusing so much on the details of each project/task, I lost site of the bigger picture.   And one project after another, I was on top of it – crushing all my deadlines and goals (or so I thought).  That’s great, but that time in between being laser focused – it needs to be there to take a step back and check on the bigger picture.

Even with the best time management strategies down, being busy all the time is not what I’m called to do, nor is it the most effective use of my time.  Sometimes I work well under pressure, but a lot of times I could do an even better job if I’m not stressed, especially when the task requires creativity.

It’s not like I sat down and decided to prioritize other things over my dog’s life.  If I had time to think about that, I would’ve chosen to take her in for her shot.  But that’s what happens when we unknowingly take on too much, too many projects in the air, too many balls to juggle, something suffers, even if we’re not sure what it will be.

This experience was traumatic for me, but I realize there are far worse things that happen to people, and not just pets.  There’s nothing like death, to make us realize how precious every moment is.  Take in those moments when you can and treasure your loved ones (including your pets!).

I can’t think of anything that has humbled me more than the circumstances around Missy’s death – forcing me to realize that I’m human and I forget.  I’m replacing all the negative self-talk with: How could I be so…..human?  Well big surprise here: because I am human, so maybe this is the point.  That I have limits and I can’t do everything.  That while I pride myself in having a brand that values time management, I still let my time get out of control by saying ‘yes’ to too many commitments, when I should’ve done something else.

There’s a fine line to walk between humility, confidence and pride.  I’d much rather be humbled than prideful as that always results in disaster (and that comes from personal experience).

6 Humble yourselves, therefore, under God’s mighty hand, that he may lift you up in due time. 7 Cast all your anxiety on him because he cares for you.  1 Peter 5:6-7

#4 Lesson learned: Being Broken has its benefits

It’s been a long time since I was so heartbroken about something. It’s been a double whammy, because besides grieving the loss of my pet, I now have to deal with the extra burden that I’m probably to blame for her death.  If I had not been a few days late in getting her shot, would she still be here?  In the 3 years that I’ve been taking her for a monthly shot, the 1st time I forget she has to die – it just doesn’t seem fair.

Throughout my sadness that 1st week and first month, I kept coming back to something I knew to be true – that there is a purpose and reason for anything God allows into my life.  Although it doesn’t always make sense to me how something good could come out of something broken, I believe there’s a greater purpose why certain things happen.

It’s a valley, but I can trust He’s with me~

The Lord is close to the brokenhearted and saves those who are crushed in spirit.

It doesn’t make sense why this had to happen, but I’m trusting that somehow things will work out for the best~

And we know that all things work together for good to them that love God, to them who are the called according to his purpose.  Romans 8:28

It’s still a valley though, but I have a Shepherd. 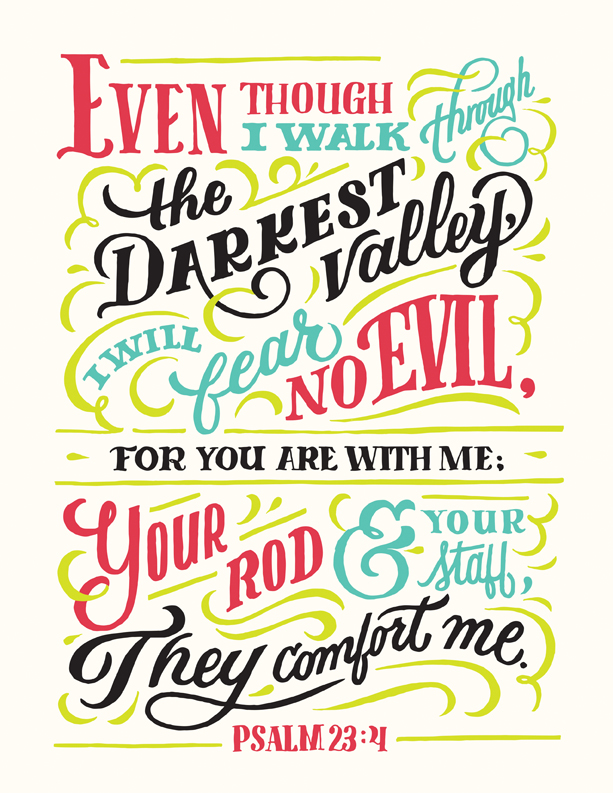 In my search for the positive out of this tragic situation, one benefit that came from this is clarity.

The weeks following Missy’s death, I pretty much threw my to-do list out the window.  Along with my paper calendar – systems that had worked well for me in the past, but somehow failed me, or failed Missy.

I was so motivated before, but now it seemed what was the point.  God’s goal for my life is not always about accomplishing everything on my to-do list, but on my character, and maybe that is why he’s allowed these circumstances to happen.

I took time to BE, not just DO. Taking time to step back from that hamster wheel, I realized that sometimes a to-do list carries too much importance.  My to do list got completely out of control… And yet I continued to operate under the idea that I can do it all… but why? Half of the things on that list, didn’t really matter. Not when it comes to life or death.

With that new perspective, I realized what I need to change and how to re-structure things.

Why am I telling you all of this?

If you have gotten yourself into a situation with too much stress I want you to know that I totally understand it!  If you feel like there is never enough time to accomplish everything you want to do, if you wish you could just fit more hours into the day, I completely get it.

Give yourself the freedom to step away from your to-do lists, take time to be and stop doing it all.  It’s so hard to take a break, when you have things that have to be done and no one but you can do them, but the perspective that you get by stepping away to look at the bigger picture is worth it.  Unless something on your to-do list is really life threatening, it really can wait.

And if you need to come up with a plan to delegate or move something off of your plate – don’t wait like I did!  It’s not worth the money I saved to not delegate something, because the money can’t get my dog back.  That is the whole reason why I sell spreadsheet templates – to help and serve people who don’t have the time to set up their own worksheets.  I’m all for working smarter, not harder.

IN CONCLUSION: Changes ahead for Time Saving Templates

This experience has changed how I look at things.  While the dust is settling, I’m continuing to make changes that I wouldn’t have even considered unless having gone through this.

What does that mean for Time Saving Templates – You may not notice any changes yet, but some things have already been set into motion that are going to result in a business that is better equipped to serve you.  And that’s about all I can say about that right now, but sign up here to the email list if you want to get future updates.

If you have read all the way through, thank you for staying with me…  I know it was a long one!  I hope this post could inspire or encourage you if you’re going through any difficult seasons.

In loving memory of Missy 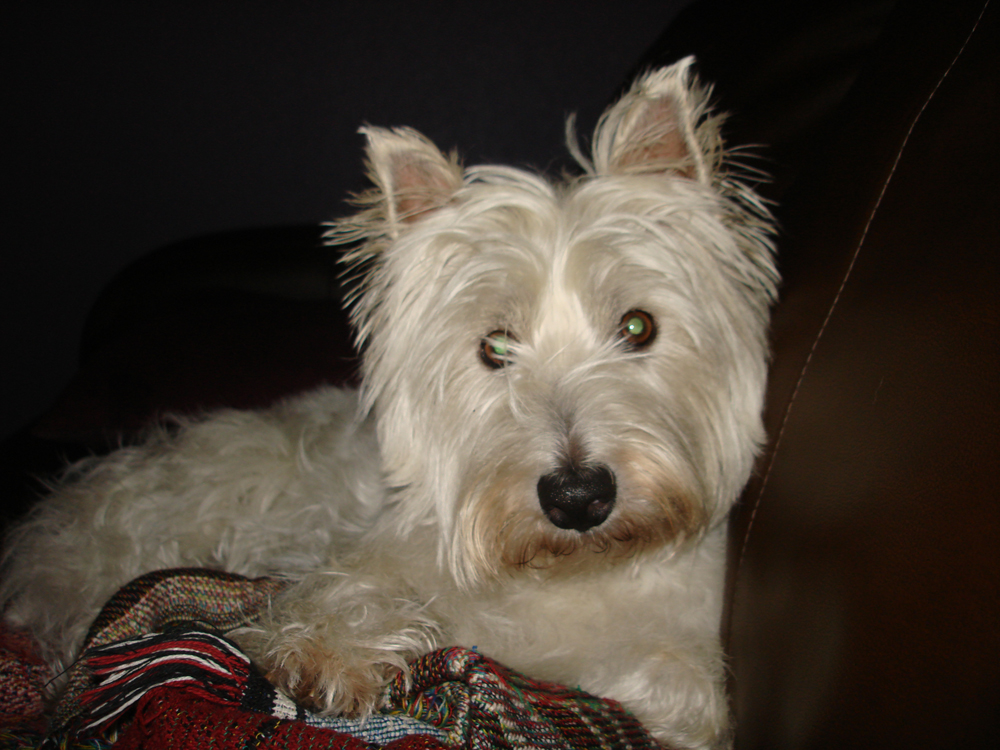